Set up the chairs facing outward in a circle just like in Musical Chairs. Start the music and stop it. Everyone gets a seat just as usual and everyone takes a seat. For the next round, remove one chair, but NOBODY leaves. Everyone stays. Start the music again, but this time someone will have to scoot over and SHARE a chair when the music stops. Next round, remove another chair, and another. All the while they’ll have to keep sharing chairs (and eventually laps). It’s great fun but I would suggest stopping when you have 4 chairs left.

2. RUDOLPH RELAY
Set up two, three or four relay lines, depending on the manageable size of your class. (If you have more lines, everyone will get more than one chance, which is MUCH better!) Make a sturdy headband with ‘hand cutouts’ for antlers—one headband for each relay line. Obtain two empty shoeboxes for each line. The first person in each line will step into the empty shoeboxes, don the antlers, and shuffle the distance (however long you decide on), ring a little bell, then shuffle back. The fun part for them is shuffling across the floor!

3. SWITCH CHAIRS
Set up all the chairs in a BIG circle facing inward. (The chairs should NOT be touching.) Have available four sets of different Ellison holiday-themed cutouts. Give ONE to each child after they’re seated in a chair facing inward. Call the name of one cutout such as “reindeer”. All those who are holding a reindeer get up and walk across the circle to sit in a seat that was vacated by someone else. This goes pretty smoothly until you start to pick up the pace by calling TWO cutouts at once, then THREE, then FOUR. You can vary the game by saying “all the Christmas trees must HOP to an empty chair”, etc.

4. RUDOLPH DASH
Supplies: Cut circles out of red construction paper, Vaseline
Divide into relay teams. Have the first children in the lines put Vaseline on their noses and then put the red circles on their noses. Race to the finish line, drop the nose into a bowl and return to tag the next person in line. Continue with each new person adding their red nose to the bowl. If their nose falls off, they go back, add more Vaseline and reapply the nose.

Supplies: 4 candy canes per team (have a few extras due to breakage)

The first player holds 4 candy canes between his fingers and passes them down the line, teammate to teammate, without dropping them.

Have the children sit in a large circle and blindfold one child. Another child will be given the sleigh and must say:
Santa Santa, where’s your sleigh?
Someone’s come and taken it away.
Guess who, guess who?
The blindfolded child gets three guesses. The child who has the sleigh is next to be blindfolded.

Pass the ornaments down the line, teammate to teammate, by inhaling and exhaling on the straw to hang onto or release
the ornament. No hands!

Divide into teams. Have children line up at one end of the room. At the other end, hang a Christmas stocking for each team. Place a bowl of candy and a spoon in front of each team. Each child takes a turn taking a candy from the bowl with the spoon. They then carry the candy on the spoon to the stocking and drop the candy in the stocking. Race back to the next person in line, give them the spoon. First team to fill the stocking wins!

Place pieces of red and green yarn around the classroom. Divide into teams and each team and assign each team a color. They have to find all the yarn pieces of their color and then tie all the pieces together. 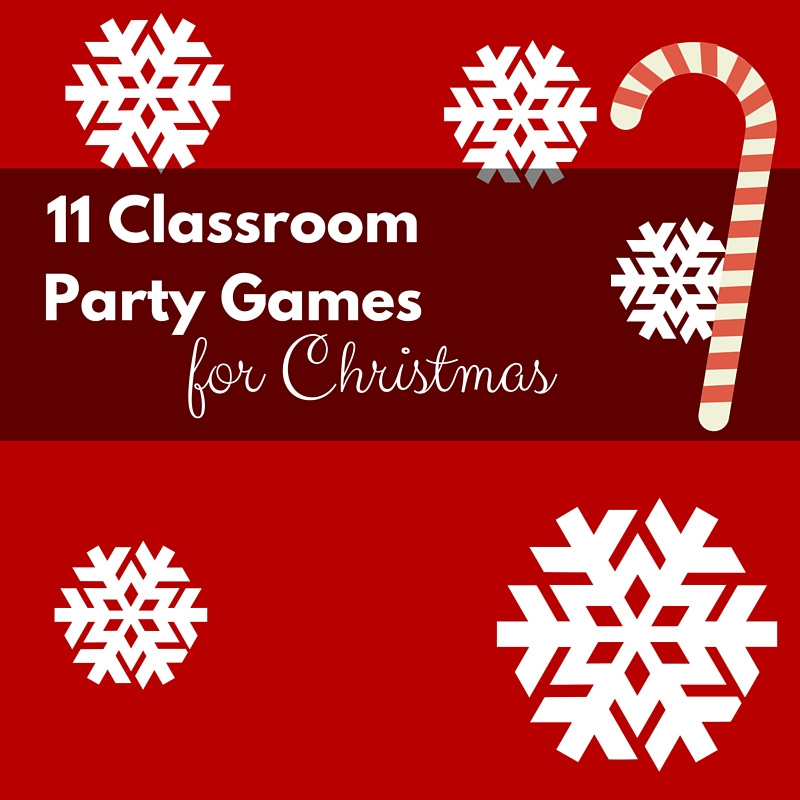